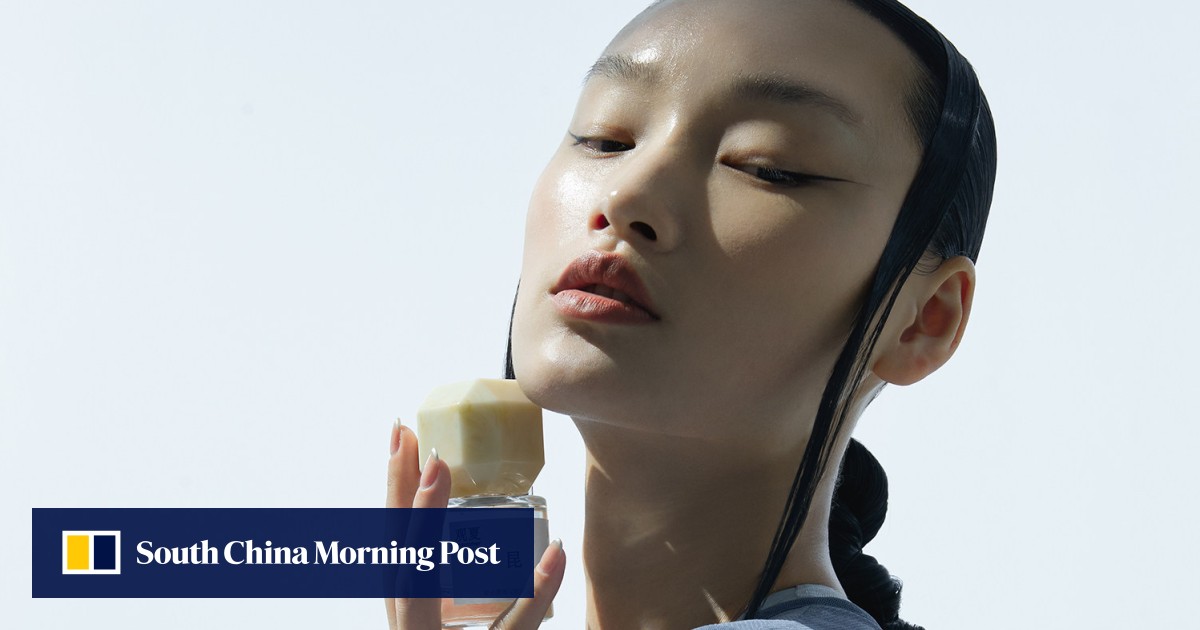 That light-bulb moment was turned into commercial reality by a three-person leadership team, each with radically different backgrounds. Shen, 38, who was an editor with Harper’s Bazaar fashion magazine, takes care of the marketing and branding side of the business, with an emphasis on social media. E-commerce veteran Huipu Liu, 41, the founder of To Summer, presides over staffing, finance, supply chain and operational matters. The third team member, South Korean Seokhoon Choi, 34, a Yale Art School graduate, supplies the artistic creativity that the company is known for.

Another key player in the To Summer success story is David Huang, the Beijing-based chief perfumer of famed French scent company Robertet. Paris-trained Huang, who was born in Luoyang in China’s Henan province, was able to fully grasp the concepts, and was also equipped with the practical skills to create aromas redolent of childhood.

Together, the team have formulated a range of some 20 different fragrances, which are offered in the form of perfumes, diffusers and candles.

The products are only available for purchase directly from To Summer’s official WeChat account – the company made a deliberate decision not to sell on Tmall or Taobao – or from their pop-up stores in the upscale Tai Koo Li mall, or Lane Crawford, in Beijing. (Taobao is operated by Alibaba, which owns the Post.)

“A lot of brands do live streaming but we don’t do that – we prefer the poetic, warm approach,” Shen says.

(From left to right) To Summer’s creative partner, Seokhoon Choi, and co-founders Shen Li and Huipu Liu, at their To Summer store, in Beijing, China. Photo: Simon Song

She adds that the team – which has grown to 70 people – wants to make To Summer a high-end Chinese lifestyle and aroma brand all over China.

“Next year we will open our flagship shops in Beijing, Shanghai, Shenzhen, Chengdu and Nanjing. We also want to expand globally to represent China and Chinese culture. We will create flagship shops in Tokyo, Paris and New York in the next three years. We already have a lot of European customers, many ambassadors in Beijing are our customers.

“We believe that there will be more demand for high-end products from China in the future, especially in fashion and lifestyle. We may have more exploration in the area of Chinese ceramics, because this young generation is more fond of Chinese traditional culture.”

She says their first independent store, in Beijing, has been a great success. “In the future, we also hope to open stores in more cities, not limited to shopping malls – it can be individual buildings, which could represent the native culture of that city. In Beijing, for example, we have prepared a traditional Beijing building, in the hutong [alleyway] area and are confident of attracting our loyal customers.”

The China fragrance market is very fragmented and provides great space for small and niche brands to grow and take up the share
Kelly Tang, senior analyst, Euromonitor International

To Summer is far from alone in producing high-end scents that appeal to the local market, taking on the mighty European perfume players directly. Their shtick is that the Chinese are best placed to fully understand market trends and desires, and produce scents that are in tune with local tastes.

It is a trend that Kelly Tang, a senior analyst with Euromonitor International, has been observing over the past few years. The market research provider has tracked significant growth in the number, and success, of home-grown brands.

“The ‘China Cool’ tide is becoming increasingly popular among consumers due to rising patriotism and the outstanding performance of home-grown brands,” she says.

“C-beauty, as a part of the China Cool tide, has also been gaining popularity in recent years, firstly reflected in categories like colour cosmetics and skincare, and now being witnessed in the fragrance market. Starting from 2020, local brands including To Summer, Scentooze, and Scent Library gradually went into the mainstream and gained a reputation for home-grown fragrance. Chinese elements are usually addressed in these brands, for example.

“To Summer emphasises a lot on Oriental scent with plant notes and uses traditional poetry to describe the scent; Scentooze launched fragrance balm in formats that mimic the traditional sachets found in palaces such as the Forbidden City.”

To Summer’s target audience is people aged between 25 and 35, affluent, well-travelled individuals who are more than willing to purchase well-made, and well-packaged, made-in-China brands. It is a trend that has not been lost on the major perfume players from overseas, which have also added locally themed lines.

Among them is Maison Margiela’s Spring Time In A Park, inspired by blossoms and fruity notes in Shanghai’s Jing’an Park, and Cha Ling fragrance, under the LVMH group, which features notes of Puer tea harvested from Yunnan province.

A worry for the bona fide high-end local players is copycats offering shoddier products at lower prices on mass-market platforms. To Summer’s prices, which range from HK$350 to HK$700 (US$45 to US$90), reflect the amount of time and effort that goes into researching and finessing the perfumes; there can be up to 100 versions before final approval.

Promotion tends to be via targeted influencers who are given the products to try and voice their verdicts on the numerous social media channels in China that include Weibo, Red Book, Bilibili and Douyin.

There are neat publicity hooks based on intriguing storylines, such as the perfume Nude, inspired by the esteemed, Paris-trained painter Sanyu, whose painting Nude impressed Shen Li on a Taipei museum visit.

Other carefully considered touches give To Summer an aura of class and exclusivity. An oversized, limited edition print magazine is distributed to VIP customers; short films are put together for the firm’s digital feeds focusing on craftsmen; while the forthcoming Lunar New Year gift box will have a handcrafted tiger incorporated into the packaging.

Nude perfume from To Summer.

The future looks bright for To Summer and other local scent brands, capitalising on a growing market that is increasingly appreciative of classy local scent products. Euromonitor’s Kelly Tang predicts more growth ahead – with a few caveats.

“Local perfume players are expected to witness large potential in the future, as the China fragrance market is very fragmented and provides great space for small and niche brands to grow and take up the share,” she says. “Besides, home-grown brands have relative advantages in understanding local consumers’ preference in wearing fragrances – for example, consumers’ increasing interest in traditional Chinese elements and ‘ancient scent’.

“However, challenges remained for local brands as well. One of the challenges might be the difficulty to justify brand ‘premiumness’ with consumers’ existing perception of premium fragrance more likely to be associated with international brands such as Tom Ford and Jo Malone.

“Thus, it’s vital for local brands to have premium storytelling that can convey the premium message through communication that emphasises [things like] product, ingredients and formula.”